Moneyless Gillian, My New Friend, My Ancient Friend
Yesterday, at this house-sit, I got a wonderful phone call from Mexico. It was from Gillian, a Canadian woman who gave up all her money and possessions last Ocotober, except (I think) her clothes, toothbrush, and writing tools! My friends Denise, Satya, and Helen met her in Portland, and Denise had contacted me and told me about her. Since then Gillian and I both have been thinking about each other, wanting to meet. Gillian and I started talking about the logistics of living moneyless, and the debate over technology, etc. Then Gillian said her path boils down to just this: Love and Truth. This is what drives her. It needn't be made any more complicated. And we talked about our model, Peace Pilgrim. 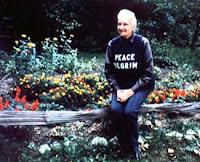 Money, Barter, Technology, and their fulfillment: Love
A good friend of mine just emailed and brought up the idea of barter, as opposed to money. Here's basically what I wrote back to her:

This is why I call it consciousness of credit and debt, because it includes "both" money and barter (which aren't really 2 different things).


If humans are trusting creatures, then humans just give without expecting anything in return and take gifts without guilt, as all the religions prescribe. ("Freely you have given, so freely receive", Jesus says to his disciples as he sends them out into the unknown without money: Matthew 10:8). Work with no expectation of reward, the Bhagavad Gita and Tao Te Ching state over and over. 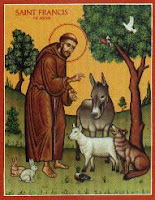 If we give when we see a need (not out of a sense of owing, or obligation) and take freely when we need, not out of a sense of greed or fear, then everyone gets what they need when they need it, and there is no imbalance, no hoarding. Our system would then be balanced as nature's system is balanced, because no non-domesticated creature consciously trades. Am I idealizing or fantasizing, or am I simply stating simple observation of nature and civilization?
Trust gives birth to trust, so we must start by trusting the untrustworthy, and go through a period of getting screwed. That's the cross. I am simply re-stating what all of the religions say: random (not organized, not pre-arranged) generosity, random giving to present needs, must begin now, where we are at.We cannot pull down or change any system, and we must not start a new system or religion or whatever "non-profit". Just simple human compassion (love, gift) can happen anywhere, anytime, infecting the world so much so that the organized commercial and "non-profit" systems can become obsolete on their own. Love cannot be traded. Love can only be freely given and freely received, else it is not love. ALL things must be done in love.

Nothing is evil in itself. Not computers, not cars, not highways, not stores. It is the heart that runs these things that is untrusting, paranoid, greedy. When computers, cars, highways and stores are freely given and freely received, released from conscious trade, I guarantee that they will enter the world of balance. This computer and the house I am using right now are not owned at this moment, but freely shared. They are released from money. To the pure, all things are pure. What was once a product of money (illusion) has become the product of love (reality). Money is a symbol of past and future, but not the present. Money, which is a belief, not a substance, does not and cannot exist in the Present. The Present is the Only Reality. Calling money either good or evil gives it control over us - gives it the illusion of substance. If we trust or fear illusion, then we ourselves are illusion.