One Faith, One Creative Force

Since I last blogged almost a month ago, our "tribe" has, again, fluctuated: people coming and going - some returning, some new arrivals.  Right now, our "tribe" consists of Daryl, Julia, Jake, and me.

A very easy-going lass named Rainbow showed up one day, and ended up staying with us for a few weeks.  She hadn't heard about me or this "tribe" until she came to Moab and somebody told her about us and directed her to our cave.  She felt a dilemma of either quitting her job, getting rid of her car, and staying with us, or going on a promised journey to Sri Lanka with her long-time friend.  After much soul-searching, she opted for going to Sri Lanka.  Then it turned out that Max and Tom returned!  So for a while we were back up to a tribe of seven folks camping in the caves: Daryl, Julia, Sean, Rainbow, Max, and Tom.  Then Tom decided to leave again on his experimental search.

It then came time for me to visit my parents a hundred miles away in Colorado.  I usually don't go anywhere without the "tribe", but this time I went solo, staying with my parents for nearly a week.  I had the hunch folks in our tribe would leave while I was gone.  Sure enough, Max and Sean left to California with Rainbow in her car.  Now it was down to just Daryl, Julia, and me again.  I've been saying this tribe is more like a river.  It's not the same water on whatever day, but it's the same river, and the same rocks.  It seems Daryl, Julia, and I are the rocks of this tribe.   But perhaps another rock has tumbled back down stream.

The other day I was pleasantly surprised to see Jake, from early summer, just showing up again!  And it sounds like Steph and Freebird are also on their way back in a week or two.  Maybe I can have photos in this blog again, Steph being the prime photographer.

I am pleased with our "tribe" of eclectic drop-outs, drop-ins.  Daryl is a play-write and general writer, comedian, and a very articulate radio companion with a keen eye for spiritual truth.  Julia is an extremely independent feral feline who understands wild plants, edible and domestic, and basic wilderness survival, as well as being an artist and published author of a couple books.  I'm half-way through her excellent "The Edge of Sanity" under her pseudonym.  So far I'm really impressed, and will see how I feel about it when I'm done reading it, maybe push the book here.  Jake is our youngest family member, recently turned 21.  Early 20s was the majority last year, but he's the minority, for now.  He's easy-going and constant, and you have to glean what his interests are (like I'm discovering he's got a growing talent for guitar), and I'm looking forward more to seeing what makes him tick.

One thing I've noticed about our tribe, those here and those coming and going, is a common sense of humor.  I'm amazed at how often my tummy hurts from laughing so much.  Some days we also have elevating, eye-opening philosophical and spiritual discussions.

Meanwhile, I continue to do the radio show with Daryl, "Turn On, Tune In, Drop Out," every Sunday, 9:00PM to 11:00PM MST/MDT on KZMU Moab Community Radio, often joined by Julia and whoever else is with us.  We often continue our discussions from the previous week on the air for all to hear who cares to.  For listening online, if www.kzmu.org doesn't work, try http://www.live365.com/stations/kzmu or http://streema.com/radios/KZMU.

In addition to the plethora of food we find in dumpsters, we've found lots of fruit this season: delicious prickly pears in the canyon, and, around town, peaches, apples, pears, grapes, and jujubis.  We've also been drinking lots of teas: from wild grasses, wild basil, Mormon tea, as well as from juniper and pinion needles, and a lot of mysterious concoctions brewed by Julia.  And wild mustards, including seeds, and lamb's quarters, have been a main staple.  Today I harvested a bunch of feral peppermint.  And we made some fermented wonders, too: sauerkraut, plum wine, peach wine, and peach vinegar.

Working on my magnum opus

I'm back to working on my life's magnum opus, about the divine feminine hidden within judeo-christian tradition, and discussing it with Daryl.  It astounds me to be able to talk with someone who already gets it. It's something I had long put away, but it inadvertently came up when Mark Sundeen was writing the book about me.  And, little did I know, it would have everything to do with the philosophy of living without money.  It has come full circle, getting me all excited.

But talking more about  this stuff will have to wait.  Meanwhile, some epiphanies about faith.

I'm thinking about the concept of faith again, having more epiphanies about it.  I just remembered blogging about faith before, so I did a search and realize my post called "Faith" was almost exactly a year ago!  I guess it's the season to talk about faith.

For those getting turned off already, let's make this really simple and let's look at, ironically, the pragmatic evidence of faith right before your eyes.

Examine everything you know how to do.  I mean everything!

Is there anything you know how to do that you did not first believe you could do?

Some people have smaller faith, some have greater faith, but everybody that can do anything has faith in the unknown.

You don't know you can do it until you do it.  You must believe it, not know it, to do it.

And you can't do it until you believe you can do it, regardless of how much or how little evidence you have to go on! 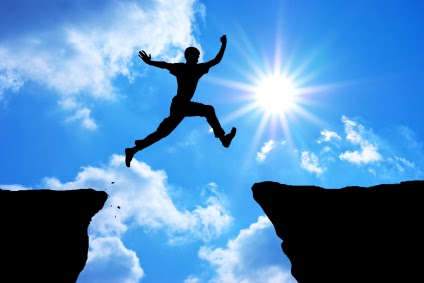 Some have small faith to do small things, some have great faith to do great things, but everybody who knows how to do anything has faith in the unknown.

That means everybody on earth!  And that means that the very first foundation for all scientific discovery is faith in the unknown!

If you want to do great things, you must have great faith.  But you can't have great faith until you start with small faith.  Faith is synonymous with courage.  Courage is facing fears, walking into the unknown, believing.  Have courage to face your small fears, small unknowns, and your courage will grow, your faith will grow.  If you cultivate your small faith enough, you will eventually be able to move mountains, or even do greater things.  If you start out as a cottonwood seed, you can eventually become a huge cottonwood tree.

All the talk in the world, and all the logical arguments about how unfounded your fears are won't make your fears go away.  Only by stepping into your fears and facing them will they go away.  And only then will your faith grow to levels that will astound you.

Faith itself is the creative force of the universe.

Faith itself is God, or whatever you want to call it.  Faith does not care what you call it.  If you can pinpoint and name what you have faith in, it wouldn't be faith.

Faith is resting in the unknown, in what the eye cannot see, what the ear cannot hear, what can't even enter into the human mind!

"You are my offspring, this moment I have given birth to you," says the Spirit.

“The wind blows where it wishes, and you hear the sound of it, but cannot tell where it comes from and where it goes. So is everyone who is born of the Spirit.”


Scripts follow faith, faith does not follow scripts.  Scriptures and forms and thoughts arise from faith, faith does not arise from scriptures and forms and thoughts.  Scripts describe what has already passed away, even if a split second ago!  All that is written, all that is thought, all that is recorded, is script.  Faith describes what is perfectly new, perfectly Now!  And what is new is, paradoxically, the only ancient, the only unchanging, ever Now.

Everything that is real has faith.  Only that which is artificial has no faith.  All that is alive has faith.  Faith, by its very nature, is life.  Only what is dead has no faith.  Everything that steps forward has faith in the unknown, for there has never, ever been a step that has stepped into the known, what is known by the mind.  Only delusion thinks it steps into the known, and only delusion can have no faith.  Ego thinks it knows.  And whatever thinks it knows knows nothing.  Faith is humility, and humility is not self-deprecation but the simple ability to see reality.

Religions can fight and compete with each other, faith cannot, because there is no other faith to fight and compete with.  A religion that calls itself a faith and must denounce other religions is not a faith.  Faith cannot say, "I have faith".  Anyone who says, "I have faith" demonstrates they have no faith.  Faith can only be, and only by being can faith proclaim Herself.


Faith is not something that is added to the worldly mind.
It is the manifestation of the mind's Buddha nature.
One who understands Buddha is Buddha;
one who has faith in Buddha is a Buddha himself.
(Mahaparinirvana Sutra)


Now, forget everything I've said, and have faith.