I’m back in Moab, after a couple weeks at my brother Doug’s cabin in the Colorado mountains.
I’m now house-sitting for a few days at the house of my friends Phil & Anne, which is giving me a bit of time to write, and also update the website. I just added a 27th FAQ & A to the website:
"I want to live moneyless; but what if I have a family with children?"
And I recently revised # 14, too:
"You say you don't use money, yet aren't you using products of the money system & relying on the hard-earned money of others?"
I hope to add more, as time allows. Time is getting ripe to write one about technology. I’m also working on an essay about the basic laws of lending and interest in Nature, the Banker in the Sky vs. our bankers of commerce on earth. It’s about that epiphany I had about the World Dragon not long ago in the Gila wilderness, while experimenting with living off the wild land. Hopefully I can put it in the website before I’m gone from this house.
Back to the happenings in my life the past couple weeks:
Biological Family
I visited my parents in Fruita, Colorado for a couple days before going to Doug’s cabin in Conifer. I also got to see my other brother, Ron & his wife Aggie, in western Colorado. Biological family time!
At the cabin, Doug & I talked a bit about our parents and upbringing. We feel grateful. Can you believe our parents still adore each other after over 60 years married?
My brother Doug is a jack of all trades. I never thought before how incredible it is. He is a clinical therapist, and an ordained 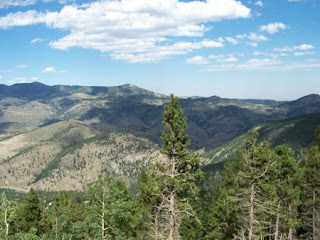 minister, but can’t find employment in those fields, so he’s working at Home Depot. He is also a mechanic, a carpenter, a roofer, a musician, an artist, and who knows what else. He’s really struggling, working constantly, like lots of folks, with the bad economy & his debts.
We talked a lot about debt and Christianity, what all this means, what are the solutions? He can’t seem to find a niche in the church world.
Pastors, Priests, Pulpits & Pews
Strange, this is my time to be surrounded by ordained Christian ministers! Doug’s neighbor, Bart, also happens to be an ordained minister at a Messianic church near Denver, and told me he is really interested in my lifestyle. So Bart got his friend, Peter, another minister from another church, and took me to lunch. I was pleasantly amazed at how sincere and open, even passionate, about what I am doing, Peter and Bart were! Peter looked like he was in his 20s to me. When I first met Peter, I thought, “he’s still young and idealistic, fresh out of seminary, not corrupted by cynicism, yet." But my mouth dropped open when I learned that Peter is 40, and he’s been a pastor for many years!
I've been disillusioned with most of what is called Christianity, and its hypocrisy, for years. But I’m finally seeing a remnant coming out of the woodwork, and it warms me to the core.
Coincidentally, about this same time, I got an email from an Episcopal minister, very supportive. Also, when I hitched back to Moab from eastern Colorado, another Episcopal priest gave me a ride, and told me how much he believed in this lifestyle.
I've also been getting lots of supportive emails from folks of all denominations who are on that fine line--at the periphery of religion, not quite able to find a place in either the religious world or the non-religious. I know the truths I've seen at the core of my own and all world religions are too infinitely profound to throw them out. The bitterness from religion’s hypocrisy doesn't grip me anymore; the true light is shining from amidst the corruption, like gold sparkling out of ore. Now I’m finding droves of folks, all over, who feel the same, & are emailing me, telling me so. I can’t express the gratitude I feel.
One Heart, One Mind
I'm realizing all this time I've been giving the impression that I've been getting mostly negative emails & reactions. But the reality is that most, maybe 90%, of all emails to me have been very supportive. I'm stunned, and full of gratitude.
When you follow your heart totally, ignoring people’s opinions, you can feel utterly alone, almost unbearably so, on one hand. On the other hand, there is a hunch that drives you, that if you follow your heart single-mindedly, enduring to the end, you discover that your heart is the heart of all humanity, that we are all One Mind. Yes, it is so, without doubt! Our Babylonian distractions keep us from seeing our True Heart, our One Mind.
Okay, more about my hitch-hiking odyssey last Monday.
Hitch Hiking Across Colorado
I left my brother's place before dawn and arrived in Moab just before dark. Every single ride I got hitching back to Moab from eastern Colorado was from an amazing, 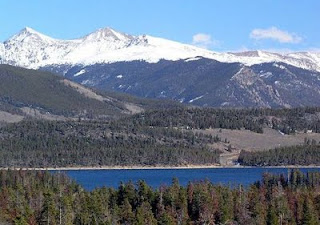 inspirational person. I can’t always say that about hitching, but now I can. My first ride was from a an experienced hitch-hiker named Curt, a man of clear eyes and awareness, who only took me maybe a mile from the Colfax exit outside of Denver to a better exit onto I-70. Then I got a ride from an amazingly friendly guy named JP, who brought me to Frisco & brought me into the coffee house there to meet his friends. My next ride was from a woman named Jennifer O., a Frisco resident who took me to Glenwood Springs. I must say it’s been hard to stop smiling since meeting her. She’s one of those people who knows mistakes & hardship and has come out with joyful, flying colors, and total compassion. That’s enlightenment. My next ride was that Episcopal priest, named Harrison, who just moved to his new parish in Glenwood Springs from Vermont. He’s near my age, but was only ordained a few years ago. He said his true seminary was life, working as an O.R. nurse, among other things, until he decided to 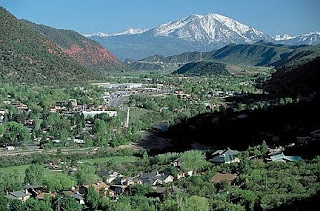 go to official seminary. The next ride was with a young couple on their way to Salt Lake. I didn't get to talk much with them, because I rode in the back of their pickup, under a camper shell. But I couldn't help but feel that just their vibe was beautiful. They let me off at the river road to Moab. Two amazingly friendly & pleasant young guys from Denver & Boulder took me all the way to Moab. They were intelligent (like genius level) and passionate about science, philosophy, art, nature, the desert, and life in general. They are Burning Man fans, too. I've never been. Maybe one day I can go to Burning Man, if a way comes about for free.
Good to be back in Moab. I am in that season of feeling life’s endless, sparkling possibilities again! All feelings pass, but I’m enjoying it while in season.
Posted by Suelo at 10/20/2009 12:29:00 PM 204 comments: