"April 17 is Tax Filing Day, when we look back on a year of hours worked, salaries earned, and dollars spent. Never do we feel more entwined in the money system and its tentacle institutions of banks and government. Let's imagine greater independence from that system, and for one entire day, on April 18, neither spend, borrow, nor lend a single cent. Once you JOIN this event, invite all your friends!"      --Mark Sundeen

You can also join Quit Money Day on Facebook and invite your friends.

We plan to celebrate this day with a big event for the book in Mark's home town of Missoula, Montanna (see the events itinerary to also see other places I hope to be in the next months).

Is Quitting Money for One Day Radical?


Yeah, many people think it's radical quitting money for one single day.  But consider the ancient tradition of our own culture: the Sabbath Day.  The Sabbath was Quit Money Day every single week, 52 weeks a year, plus holidays, which were also Quit Money Days!  Not only that, there were Sabbath years, every seventh year. 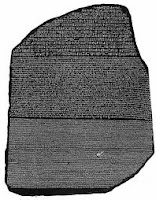 Other cultures of the ancient world, some long before Judaism, practiced a Sabbath, as well as periodic times of forgiveness, like Jubilee, where all debts were forgiven.  The famous Rosetta Stone, in fact, is Ptolemy's anouncement of a kind of Jubillee, forgiving debt across Egypt.

But, if you're interested, let's focus on our own cultural tradition.

I'm Not Here to Proselytize Religion

But I'm also not on a secular agenda to bash people's faith, to convert religious to non-religious.  The point is to find and cultivate what is already good in every culture, every religion, every person.  This is not dreamy, wishful thinking.  In fact, we are deluded in wishful thinking when we deny the good we see in everybody, for the sake of promoting our own agendas!  It's not that we can't see good in every human, it's that we refuse to see good in every human.

Thus I dig for splendid diamonds in the rough in Abrahamic religions, in every religion, and I love digging for them.  Yeah, it gives me pleasure.

Bottom line, all I care about is what motivates people to act in truth and love, whether religious or not religious.

In short, because I grew up in Judeo-Christian culture, my mission is to encourage Christians and Jews to practice the principles of truth in our own religion, not just talk about them.  We must bring to light the gems already present, yet buried, right here in our own culture!

So if you're interested in religion, read on.  If not, I'd be happy if you stopped here.

﻿
﻿The Sabbath is Quit Money Day, Every Week!

The Sabbath Day, according to the Torah, is Quit Money Day, every seventh day, 52 weeks a year.  The Sabbath is not necessarily about giving up work, but giving up work for money, giving up business, with zero money exchange [the Hebrew word for work in the 10 commandments is מְלָאכָה (mĕla'kah) meaning "business" as well as "possessions").  It is the day when domestic animals and agricultural land must rest.  And one of its very purposes is to let land rest to allow animals and poor people to take take freely of its produce!  (Exodus 23:10-12).

This is an idea lost on Christians today, as it was lost on Pharisees in Jesus' time.  Religious people turned the Sabbath into a meaningless regulation, either that or ignore it.  When Jesus' disciples, who had no money or possessions, were gleaning food from fields, the Pharisees condemned them for "working" on the Sabbath, when the very purpose of the Sabbath was to let animals and poor people (who didn't recognize laws and sabbaths) to take freely!  "The Sabbath was made for man, not man for the Sabbath," Jesus replied to his accusers.

The message Jesus and the apostles were proclaiming  was was not necessarily to do away with the Sabbath, but to make every day Sabbath, forgiving all debts, giving up possessions, freely giving and freely receiving!  And if you couldn't do this, then at least do it one day a week!  The traditional six days of work represented law and money, and the seventh day was Grace.  The one-day-per week Sabbath was a taste of Grace for those who weren't yet ready to give up money and possessions!

This is a concept also found in the Old Testament Psalms and the New Testament book of Hebrews, that the Sabbath is the Eternal Today we must enter into Now.  The very theme of the Apocalypse in the New Testament is, in fact, entering into this Rest with Jubilee trumpets, this Eternal Today, which is the End of Time, the Place of Truth where there is no money, no possession, and complete Forgiveness.  The very word apocalyse literally means uncovering what already is here and now!  It's not a future day in prophecy (which makes us shirk responsibility), it is Now! "Now is the accepted Time, Now is the Day of Salvation."

Not keeping the Sabbath was a grave transgression, according to the Jewish prophets, not because it was breaking an arbitrary rule of a volatile sky god in with irrational anger issues, but because of common sense: not letting living things rest from commerce was damaging both to the land and to the poor (Nehemiah 10:31 and 13:15-22, Amos 8:4-8, Isaiah 56:2-6 and 58:13, Jeremiah 17:27) .


There were also Sabbath years, every seven and 49 years, called Jubilee, for letting the land rest, for the sake of plants, animals and the poor, and for forgiving all debts.