Coming and Going but Ever Here

Here I am, back in Moab

Here I am, back in Moab, and it doesn't look like I'm going anywhere for a while.  I last blogged June 23rd, and it's been a continual odyssey of un-expectations since then.

Right now there are four of us in the "tribe": Daryl, Julia, Tom, and me, camping together in the wilderness.  I finally met Daryl in person at the Rainbow Gathering, and he and I have been together since.  Julia and I have been friends for a few years, but she decided to start camping with us a couple weeks ago, saying she was now living moneyless "by default".  And we all just met Tom, who showed up out of the blue at our cave a few days ago, having hitched into town from the Portland area.

And what happened to everybody else?  Steph and Freebird parted ways with us at the Gathering to walk the Pacific Crest trail together.  Brandon got snagged by his family in the northwest and hasn't returned.  That happens a lot with folks.  Jake went to visit his family in Salt Lake City after the Gathering with plans to return here or hook up with us later if we hit the road.


A recap of the past few weeks


Jake, Steph, Freebird, and I were camping in the canyon caves, sharing meals and music and fun, with other friends coming and going.  We also met at the park in town on Sundays with other friends for pot-lucking.  All the photos here are by Stephanie, and more can be found on her own blog, Spreading My Wings. 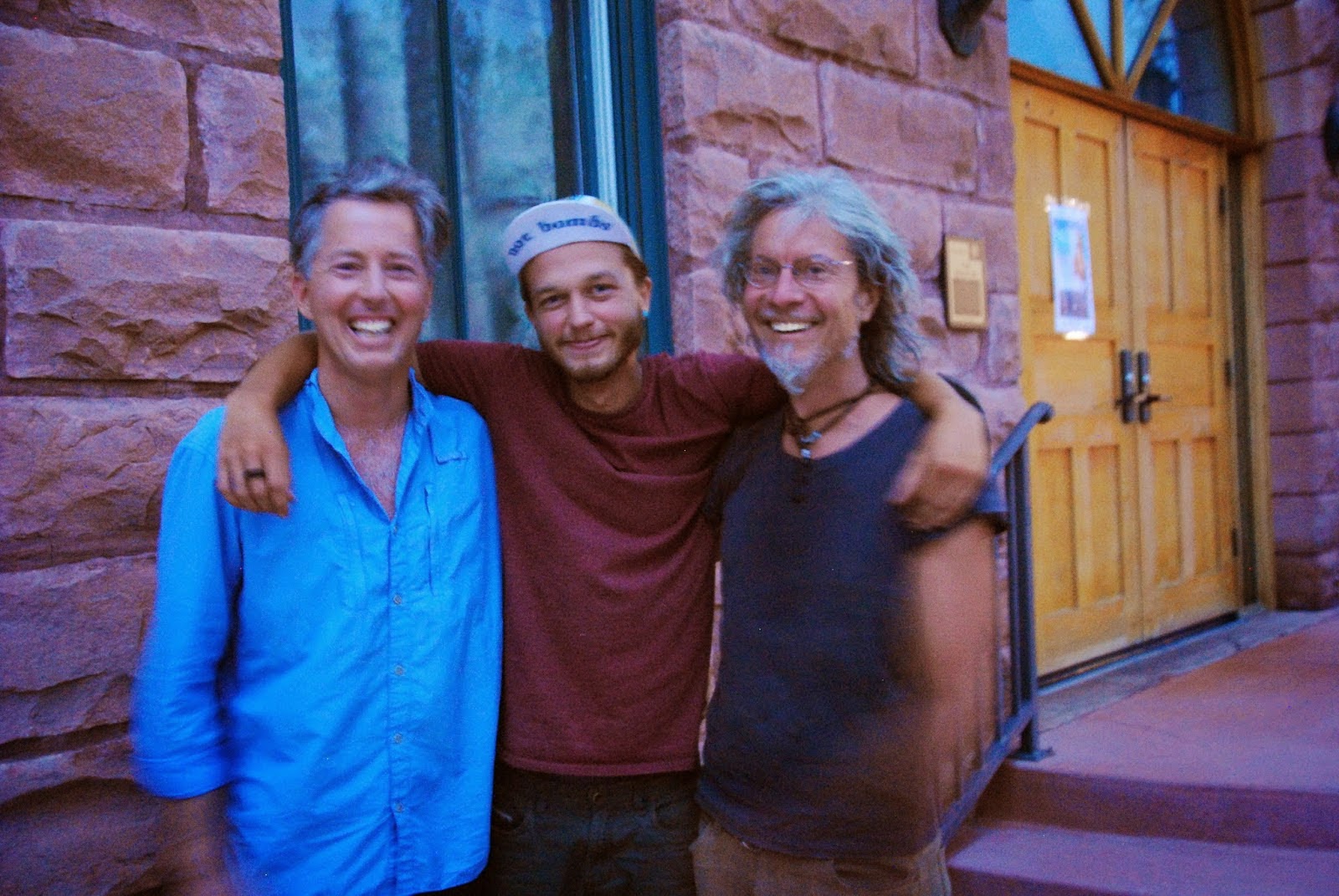 
We all had plans to go to the national Rainbow Gathering, which was in Utah this year.  I figured the Gathering would be a good place for others to meet up who wanted to live moneyless, too.  Daryl and I had been in e contact for over a year and decided to meet there.  Jake and I hitched there early to meet up with Daryl, while Steph and Freebird came later.

Jake and I set up a camp for the "moneyless tribe" and put signs around the Gathering so folks could find us.  We met a guy, Daniel Divine, who wanted to camp with us.  Then Daryl showed up to join us.  Then Steph and Freebird showed up to camp in our vicinity, as did a new friend named Kyle.  This is the only photo I can find with Daryl in it.


We hosted four conversational workshops about the philosophy and practicalities of gift economy and a moneyless world.  I was pleased to find so many people show up interested.


Tribe of Two, Back to Moab


But it is kind of funny that, out of all that, by the time it was time to leave the Gathering, it was down to Daryl and me.  A guy named Ariana said he was going through Moab and offered us a ride, so we took it, though it seemed a bit early for us.

Daryl and I set up camp at a cave in the canyon, hanging out and talking a lot, finding we have much in common, not just about the desire to live without money, but in our spiritual perspectives.

Since nobody had filled my slot at the radio station, I've started doing my radio show again, and Daryl came up and talked on the show with me.


On my soap box in Grand Junction, Colorado


The Humanists Doing Good asked me to do a talk in Grand Junction on July 19th, so Daryl and I hitch-hiked there for that, and stayed a few days with my parents in nearby Fruita. This talk even made it onto KKCO Channel 11 News in Grand Junction.  My friend Cullen is in the video, and you can spot Daryl and my dad in there, too. 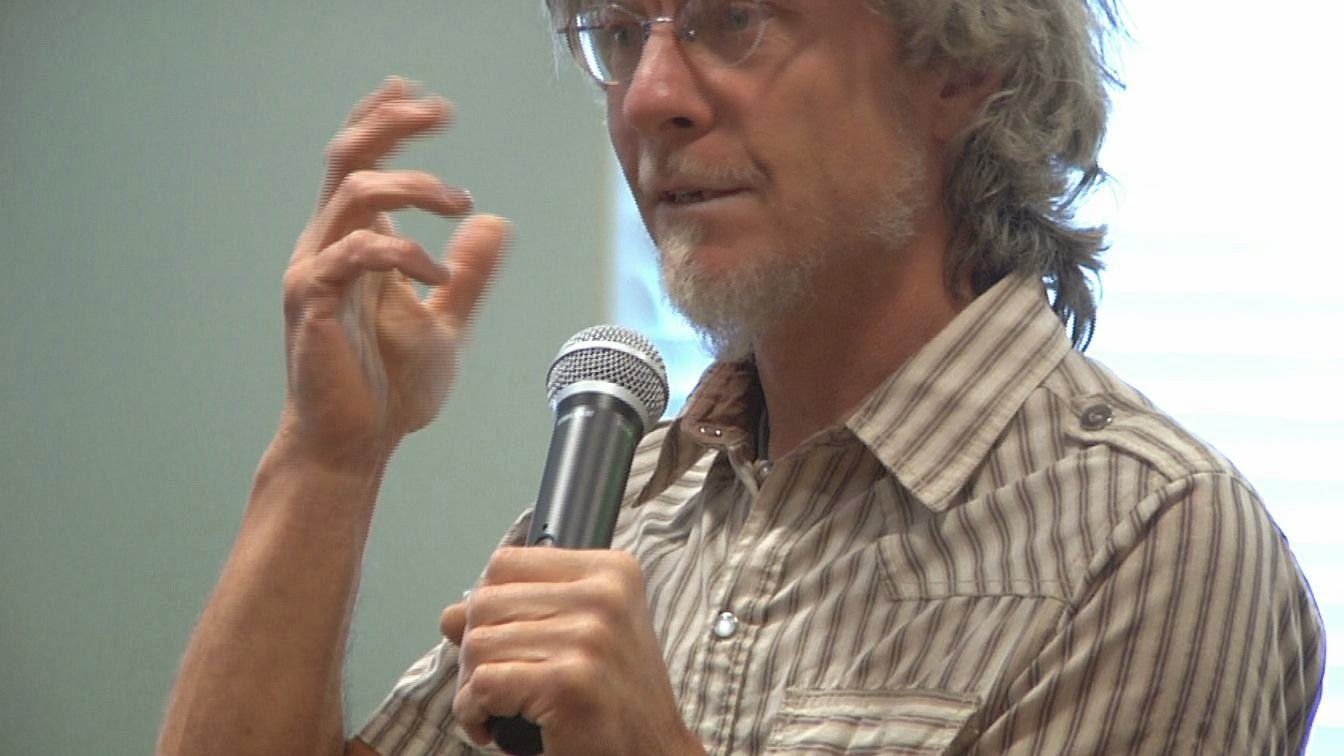 Yeah we hung out a lot with Cullen and friends, and Cullen brought us back to Moab.


Daryl and I were pleased to find Julia had moved into the cave.  I've known Julia for a few years, and have thought she would be a perfect addition to our "tribe".  She's been living as an urban and wild forager, like me, for years, living out in the wilderness.  And she's a wild-edibles expert, knowing much more about plants than I do.

Days later, Tom showed up.  It's funny, I was telling Daryl I had given up on trying to make the moneyless tribe happen, that it seemed everything I tried to do never quite worked out.  It's out of my hands.  If it is meant to be, it will happen organically, if not, good.  All we can do is wait and be receptive.  A flower does nothing but is itself, becoming receptive.  It is then that a bee may descend to pollinate it.  This is the nature of faith.  Wait, and manipulate nothing.  Only then do you bloom and become receptive, and only then does the Holy Spirit descend, and the doing happens through you.  "I can do nothing of myself."

While we were discussing this,Tom showed up at the cave, and Daryl and I looked at each other and smiled.  It somehow didn't seem like a surprise.  He was wearing to be orange robes, like what some Hindu sadhus wear.  And he walked up as naturally as if he'd always lived there and known us.  He's not really a Hindu sadhu or a Buddhist Bikkhu, but a kind of non-sectarian monk in his 20s, rooted in the Christian tradition, but embracing the truth of all the traditions.  It amazes me how much the 4 of us jive with each other.  Nobody's made any vows or promises, and who knows what will happen tomorrow, but it looks like we're a tribe right now.

I am crazy filled with gratitude about my friends, who are my family, my tribe.  But I'm also learning non-attachment, as they have come and gone so much these past years.  I might be getting used to it and it's not wearing me out so much anymore - learning not to grieve so much when they go.  It's cliche, but still true: as one door closes, another opens.


As Daryl, Julia, Tom, and I were talking, we realized none of us want to go anywhere.  We're content right here for now.  We (mostly I) had plans to go different places and do other things this summer, but such plans fell through.  And through it all, I've most wanted to just be here, now.  If the Spirit leads us otherwise in the future, so be it.  If not, so be it. 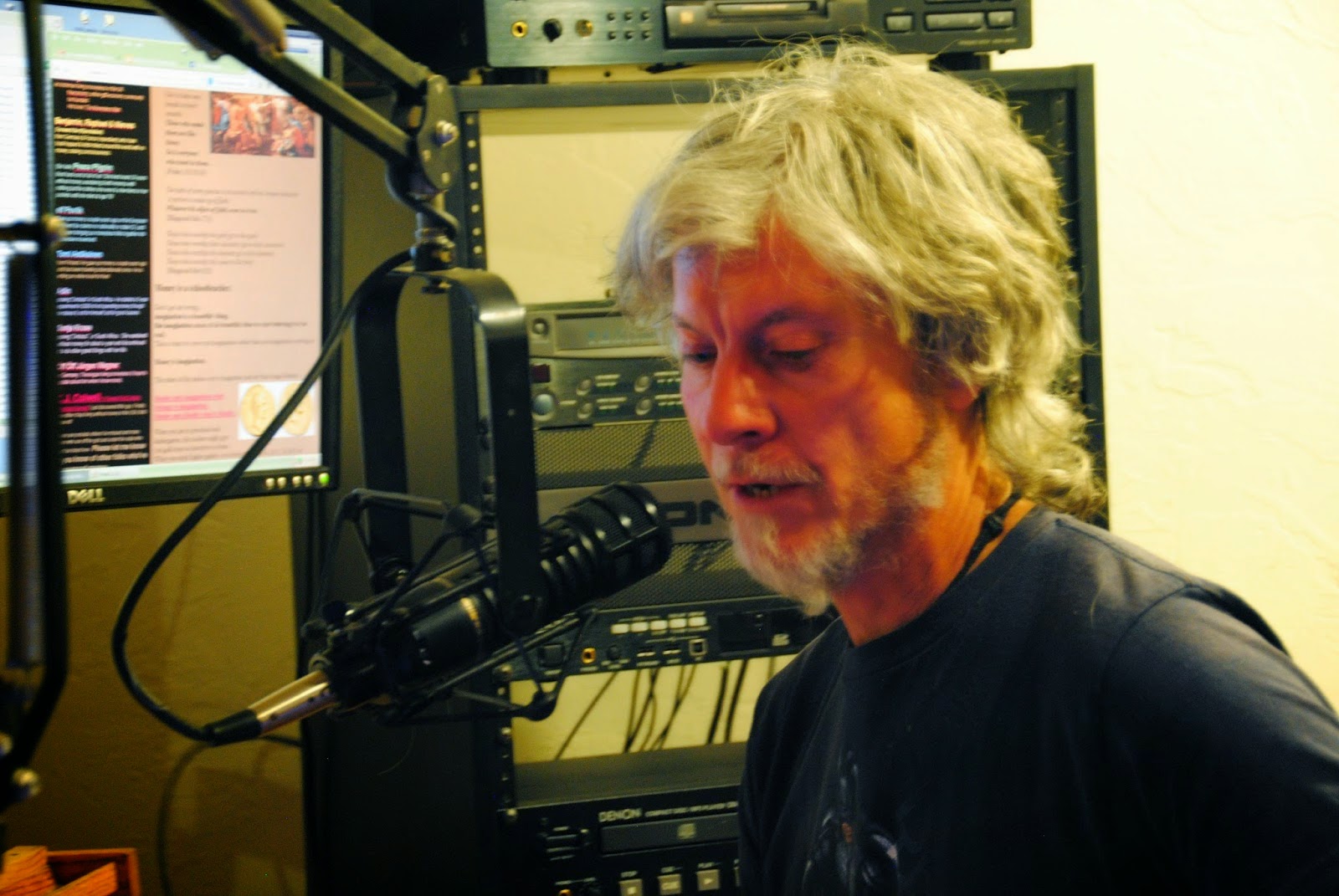 Last Sunday I did my radio show again.  Tom came up to the station with me while Daryl and Julia stayed in the canyon.  They were able to pick up the show on a transistor radio I'd found in a dumpster.  I talked about the nature of speaking truth, much gleaned from my time with the Lakotas last summer, and also about what "myth" really means.  I might talk about this in another blog post.  But for now my eyes are getting blurry and my brain going numb staring at this library computer too long.  I plan to be on the air again this Sunday and every Sunday to follow, indefinitely: